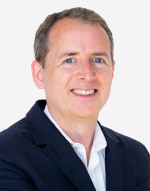 Steve McLaughlin has served as our Co-Chairman of the board of directors, and as a director, since inception. Mr. McLaughlin is the CEO and 100% beneficial owner of FT Partners, which he founded in 2001. He has over 25 years of leadership and experience in FinTech and financial services and is regarded as an important thought-leader and pioneer in the global emergence of FinTech. Since founding FT Partners in 2001, Mr. McLaughlin has grown the firm to more than 150 employees, expanded its office presence from its headquarters in San Francisco to New York City and London, and has solidified its position as a leading global investment bank exclusively focused on FinTech. FT Partners has advised on nearly 300 M&A, financing and advisory transactions over its history, and Mr. McLaughlin was ranked #1 on the list of “Most Influential Dealmakers in FinTech” in the FinTech Finance 40 by Institutional Investor in November 2018.

Prior to founding FT Partners, Mr. McLaughlin worked for Goldman Sachs, where he was a member of the Financial Institutions Group and became one of the earliest and senior-most investment bankers in the firm’s Financial Technology Group. He began his career in the Financial Management Program and Corporate Audit Staff at General Electric Corp. Mr. McLaughlin earned an MBA from the Wharton School at the University of Pennsylvania and a bachelor’s degree (with a concentration in Finance) from Villanova University. 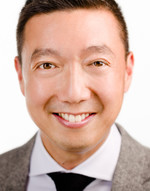 Gene Yoon has served as our Co-Chairman of the board of directors, and as a director, since inception. Mr. Yoon is the founder and Managing Partner of Sagemount, a growth-focused technology private investment firm with 22 investment professionals and a team of operating professionals. Mr. Yoon has over 20 years of investing and advisory experience, has evaluated thousands of investment opportunities and has personally led dozens of investments for some of the most respected private investment firms in the industry. Since founding Sagemount in 2012 with the raising of $500 million in committed capital, Mr. Yoon led fundraises for two additional equity funds and two credit funds, bringing the firm’s cumulative committed capital to $3.5 billion. Mr. Yoon and Sagemount have made investments in 46 FinTech, software and tech-enabled services companies and Sagemount has expanded from a founding team of five investment professionals to 22. Mr. Yoon was ranked #1 on the list of “Top 40 Under 40 Growth Investors” by GrowthCap in July 2014.

Prior to founding Sagemount, Mr. Yoon served as the Head of Private Equity for Goldman Sachs’ Americas Special Situations Group, where he led and managed numerous investments in private companies including Vivint, LifeLock and Amber Road. Mr. Yoon served as a board member to each of Vivint, LifeLock and Amber Road until founding Sagemount in 2012. Before joining Goldman Sachs, Mr. Yoon served as a Partner at Great Hill Partners, a growth-focused private equity firm. Prior to that, Mr. Yoon was Director of Corporate Development at Geocast Network Systems and an investment banker at Donaldson, Lufkin & Jenrette. Mr. Yoon earned both his M.B.A. and a bachelor’s degree in Economics from the Wharton School at the University of Pennsylvania. 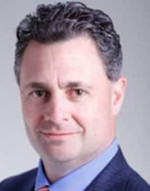 Jonathan Corr has over 25 years of experience in technology leadership, corporate strategy and acquisitions. Currently, Mr. Corr is serving on the Mortgage Bankers Association board of directors and is on its audit committee. He is also an investor and advisor to several private technology companies. Mr. Corr served as CEO of Ellie Mae, Inc. (“Ellie Mae”) from February 2015 through October 2020, and as its President from February 2013 through October 2020. During his tenure as President & CEO, Mr. Corr took Ellie Mae private with Thoma Bravo, LLC in April 2019 at an equity valuation of approximately $3.7 billion. Within approximately eighteen months, in September 2020, he oversaw the sale of Ellie Mae to Intercontinental Exchange, Inc. for $11 billion. Prior to serving as President, Mr. Corr served as Ellie Mae’s Chief Operating Officer from November 2011. Prior to that, he held the roles of Executive Vice President and Chief Strategy Officer from November 2009 through November 2011 (during which time he helped lead Ellie Mae’s IPO in April 2011), Chief Strategy Officer from August 2005 through November 2009, and Senior Vice President of Product Management from October 2002 through August 2005. During his 18 year tenure at Ellie Mae, the company grew, both organically and through acquisitions, from under $10 million to nearly $1 billion in revenue. 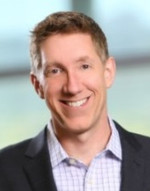 Eric Woodward has over 25 years of experience in financial technology leadership, advisory, investing, and partnership. Currently, Mr. Woodward is an investor and advisor to numerous private financial technology companies. He serves on the board of advisors of several companies, while holding nine patents related to digital identity and payments. Mr. Woodward served as Group President of the Risk Solutions business of Early Warning Services, LLC (“Early Warning”) from February 2016 to February 2020, and as its Chief Corporate Development Officer from May 2009 to February 2016. During his tenure as Group President, he had responsibility for building out risk capabilities for Early Warning’s newest product at the time, Zelle. Within four years of launch, Zelle was accessible to over 100 million customers at hundreds of financial institutions. Mr. Woodward also created a new category of identity and authentication solutions while at Early Warning that is used billions of times annually. During his tenure, Early Warning’s customer penetration grew from less than 500 financial institutions to over 2,500, including 45 of the top 50 American banks, while revenue grew 500%. 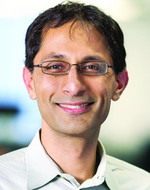 Ahmed Khaishgi has over 25 years of experience in financial technology leadership, corporate strategy and transactions. Currently, Mr. Khaishgi is SVP Special Projects at SquareTrade, Inc. (“SquareTrade”), a subsidiary of The Allstate Corporation (“Allstate”), and is serving on the Signifyd, Inc. board of directors and the investment committee of Mentors Fund LLC, where he is a Founding Partner. Mr. Khaishgi is a Co-Founder of SquareTrade and served as its CEO from 2014 to March 2020. During his tenure as CEO, Mr. Khaishgi led SquareTrade to over 120 million active policy holders and developed partnerships with some of the largest retailers and operators in the world. Under Mr. Khaishgi’s leadership, SquareTrade raised over $250 million from investors culminating in its $1.4 billion acquisition by Allstate in November 2016.

Prior to co-founding SquareTrade, Mr. Khaishgi worked at McKinsey & Company, Inc. and The Procter & Gamble Company. Mr. Khaishgi holds a bachelor of science degree in Computer Engineering from the King Fahd University of Petroleum and Minerals and an MBA from Harvard Business School, where he graduated as a Baker Scholar.